Dr. Glynn, the founder and President of the Higher Education Leadership Learning Online Community, has been a faculty member and administrator at a variety of universities for the past thirty years. He most recently served as Provost and Vice President for Academic Affairs at Radford and Fort Hays State Universities. Please see http://GrahamGlynn.com for an extensive online portfolio.

Academic Leadership and Governance of Higher Education: A Guide for Trustees, Leaders, and Aspiring Leaders of Two- and Four-Year Institutions 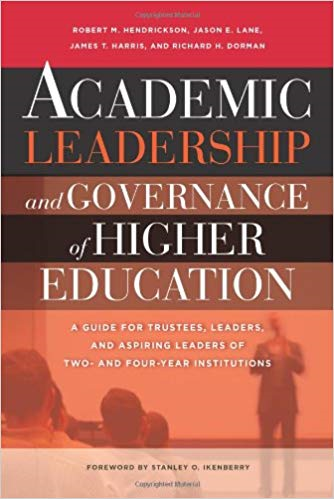