The institutional accrediting body for many of the central and eastern states.

The Mid-Atlantic Region Commission on Higher Education, doing business as the Middle States Commission on Higher Education (MSCHE), was formally incorporated under Pennsylvania Commonwealth law on March 1, 2013. From its origins in 1919 through February 2013, the Commission was a unit of the Middle States Association of Colleges and Schools. Although now an independent corporation, the Commission maintains an ongoing relationship with the Middle States Association. The Commission on Higher Education is recognized by the U.S. Secretary of Education to conduct accreditation and pre-accreditation (candidacy status) activities for institutions of higher education in Delaware, the District of Columbia, Maryland, New Jersey, New York, Pennsylvania, Puerto Rico, and the U.S. Virgin Islands, including distance education and correspondence education programs offered at those institutions. MSCHE is also recognized by the Council on Higher Education Accreditation (CHEA) to accredit degree-granting institutions which offer one or more post-secondary educational programs of at least one academic year in length in Delaware, the District of Columbia, Maryland, New Jersey, New York, Pennsylvania, Puerto Rico, the Virgin Islands, and other geographic areas in which the Commission conducts accrediting activities. The Commission is a voluntary, non-governmental, membership association that defines, maintains, and promotes educational excellence across institutions with diverse missions, student populations, and resources. It examines each institution as a whole, rather than specific programs within institutions.

This site uses Akismet to reduce spam. Learn how your comment data is processed.

Managing Transitions, 25th anniversary edition: Making the Most of Change 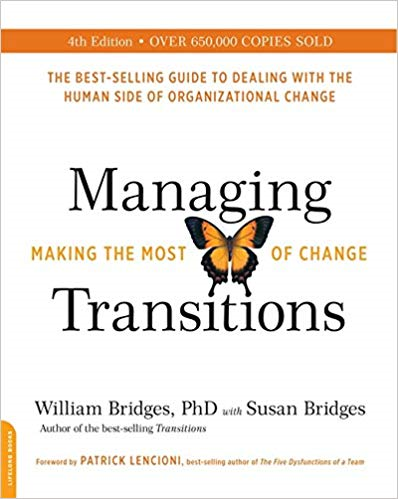